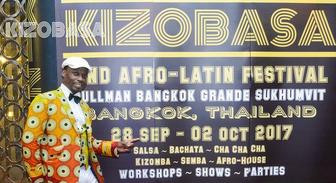 Dj Ven Meister works in collaboration with International Artists, DJ's Bands and Orchestras to keep the spirit of music live and happening.

For more information on booking the band please contact our agency:

LAURENT HOUNSAVI was born in the West African nation of Benin—homeland of the Yoruba, Dahomey (Fon) and Goun, among others, whose rhythms and cultures (vodou...) were transplanted during slavery to the European colonies such as Cuba, Haiti and Brazil. Hounsavi began his singing career in Cotonou, Benin at the age of 7. In 1989, at age 15, he was awarded the Red Cross Prize and earned the title “Best Young Talent” in his home country. In 1990 he arrived in Paris, performing in the Paris Underground and in bars and cafés while completing his studies. His first CD, a four-song self-produced EP, was released in 2000, launching his professional career. His performance that year at Benin's famous "Stade de l'Amitié” drew a crowd of nearly 50,000. Hounsavi's debut album, “Paris-Cubano,” has continued to receive critical acclaim since its release in 2004.